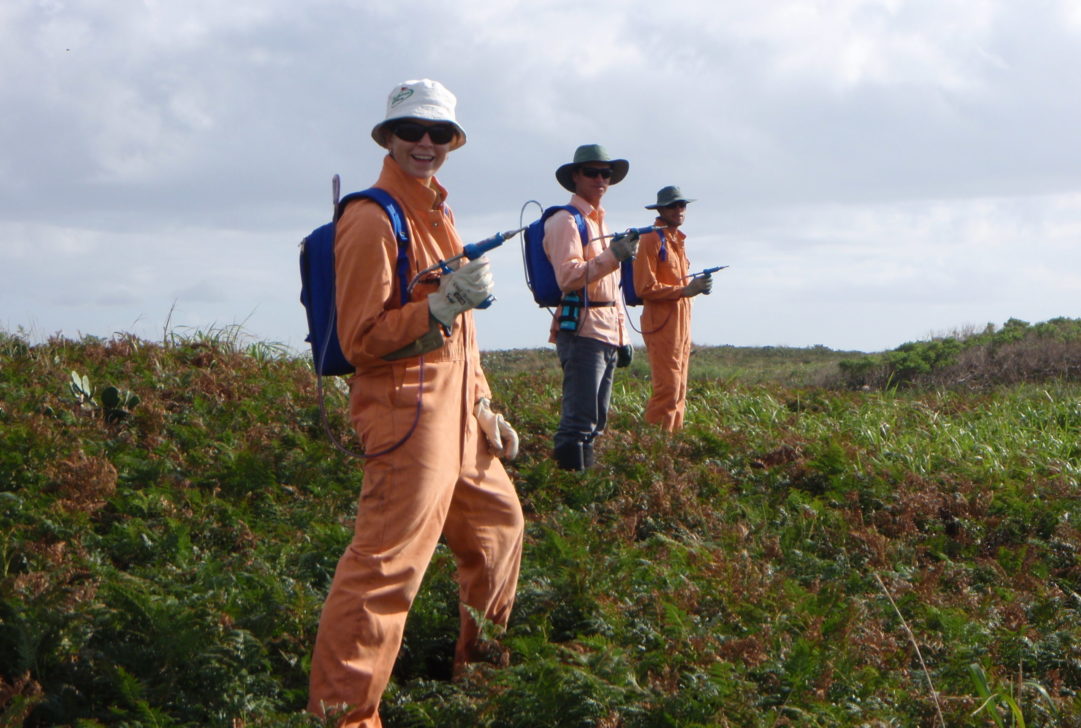 Hieracium pilosella, known as mouse-ear hawkweed, is a herb in the daisy family that is native to Europe.

It is highly invasive in New Zealand, North America and Japan. Mouse-ear hawkweed has impacted over six million hectares of the south island of New Zealand, reducing grazing lands for livestock and displacing native grassland species. Four incursions are documented from Australia, all of which are subject to eradication. If it were to spread, mouse-ear hawkweed would have severe conservation and agricultural consequences throughout south-east Australia.

Hawkweeds are able to tolerate a wide range of environmental conditions, including poor soil and snow. They invade grasslands and other habitats, and secrete chemicals that damage the roots of other plants. They reproduce vegetatively by creeping stems that form mats over native vegetation, and seeds are spread by wind, and moved by animals and humans. Hawkweed limits the availability of nutrients in the soil, making it difficult for other species, such as pasture species, to grow. In New Zealand, mouse-ear hawkweed has become established in vast areas of extensively-grazed, tussock grassland.

In December 2014, a bushwalker discovered a small infestation of mouse-ear hawkweed in Kosciusko National Park. The bushwalker reported the weed to the NSW National Parks and Wildlife Service (NPWS), who then investigated and confirmed an infestation which covered 0.015 ha (150m2).

As the location is a popular camping area, the cause is thought to be from seeds carried on camping or hiking equipment.

The NSW incursion response was led by NPWS, and within six days of the identification the site was quarantined, mapped and the weed controlled. The surrounding area was surveyed, and monitoring plots were established to determine the response of hawkweed to the herbicides used, and ensure no re-establishment.

The response was continued in the 2015/16 season by NPWS with support from the NSW Department of Primary Industries, and continues to delimit the infestation and ascertain any further seed dispersal.

Although seeds are commonly only viable for two years, some are able to survive up to five years in soil, making it vital to maintain surveillance throughout the eradication program.
Surveillance is continuing with the assistance of the NSW Weed Eradication Detector Dogs.

For this eradication program, detector dog Sally was employed. Sally is able to detect very small plants and seedlings via scent, and is skilled at detecting hawkweed plants at low densities, as well as those growing under dense cover. Every time Sally finds a mouse-ear hawkweed plant or seedling, she is  rewarded with a tennis ball. In March 2016, Sally, together with her human team, discovered three new plants within 100m of the core infestation area that have now been controlled.

Together with human surveillance teams, the dogs are working to delimit the infestation.

Surveillance will continue in areas considered as high priority to ensure mouse-ear hawkweed does not establish elsewhere, and that all plants are eradicated. To prevent accidental spread of hawkweed, hygiene protocols have been put in place. Growing publicity concerning hawkweeds has increased community awareness about hawkweed eradication. Only when every individual plant has been located and controlled, and the seedbank is exhausted, can mouse-ear hawkweed be considered eradicated.

Based on the positive outcomes of the eradication program so far, eradication of mouse-ear hawkweed in NSW appears achievable in the foreseeable future

Community coordination is a key to effective weed management