Containing infestations of alligator weed in the Hunter Valley, NSW 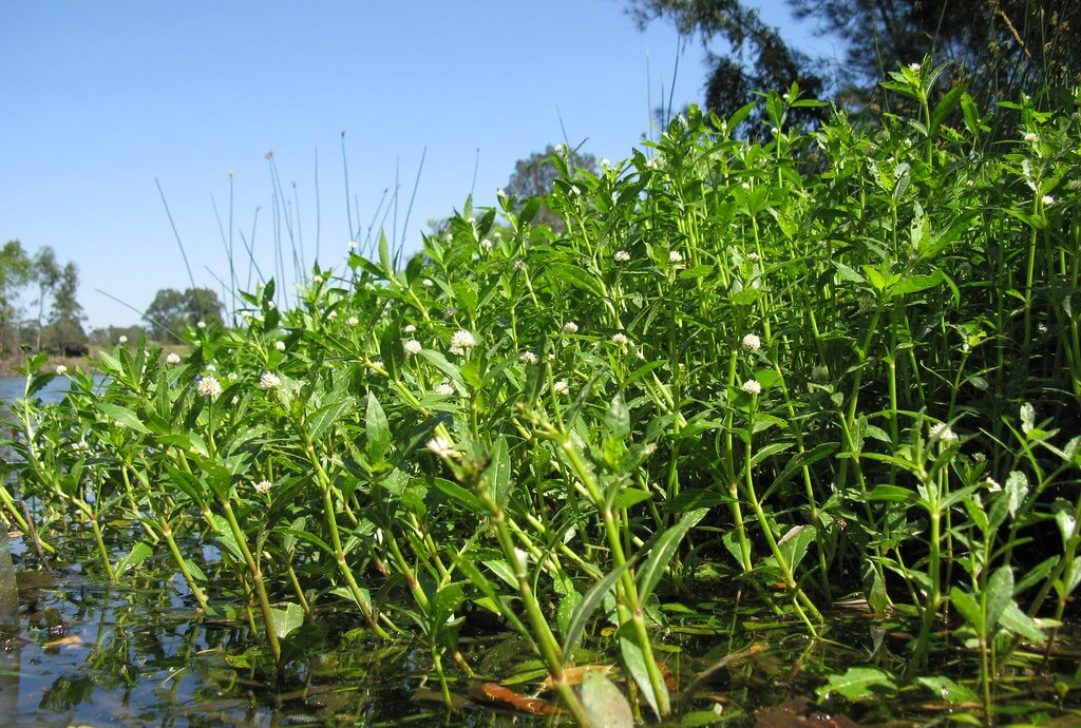 A combination of floating booms and herbicides helped to contain infestations of alligator weed in the Hunter Valley.

Alligator weed Alternanthera philoxeroides is an Argentinean plant that was first reported in Australia in the 1940s and has since spread along the east coast.

If not controlled, the weed can completely cover the surface of water bodies and wetlands, affecting native flora and fauna and agriculture.

Herbicide treatment has not been very effective in controlling the spread of this noxious weed, partly because herbicide breaks the plant up into small fragments that can float to new areas and re-establish.

The plants can also fragment after frosts. Scientists are exploring biological control methods, but these have not yet been widely distributed, so chemical and mechanical methods are still important options for control of the weed.

In an effort to minimise the spread of alligator weed in the Hunter Valley, floating boom barriers were tested to see if they could contain plant fragments after herbicide use. One type of design — ‘aquatic weed booms’ — was effective, and is now recommended for use when removing or disturbing alligator weed infestations.

Not all alligator weed infestations can be controlled with booms, especially when they are very large or hard to access. However, this new approach offers an opportunity to contain isolated infestations and new outbreaks.

We can learn so much from each other, so we welcome you to share your weeds management program outcomes so we can all learn together.